WHO WE ARE & WHY WE LOVE WHAT WE DO

Behind the Scenes with Belvin Built 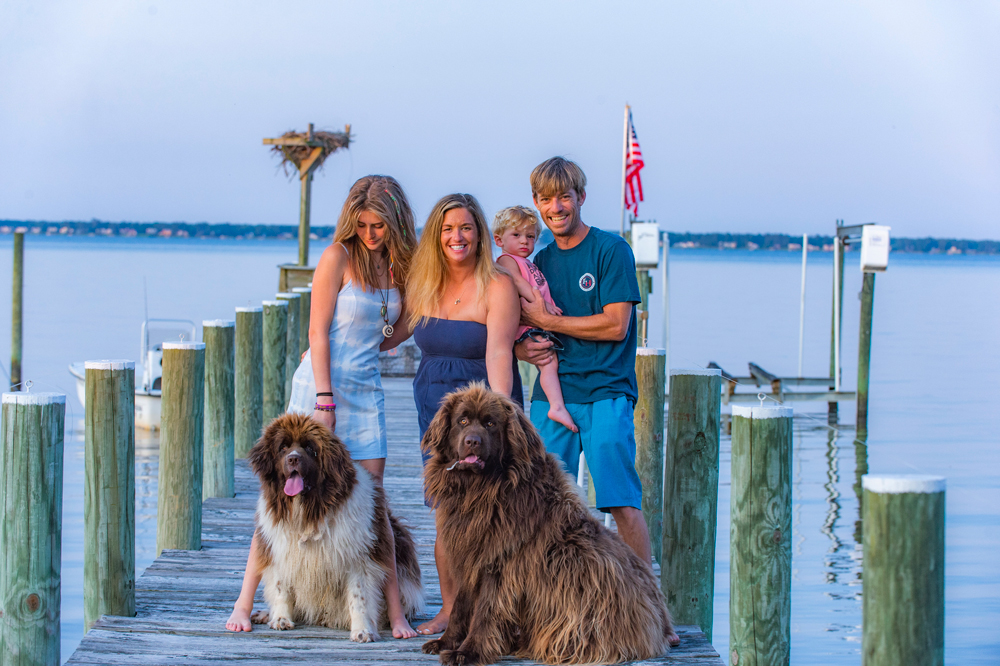 Belvin Built is a Custom, Remodeling & Restoration Builder bringing together the two talented minds & brilliant skill sets of husband and wife team, Ashley & Lauren Belvin. Together they bring a passion for excellence, integrity & longevity to the design/build process. Managing all their projects hands-on, Ashley & Lauren stay intimately involved with all design and build elements of each project.

Ashley has been involved with building for over 30 years. His love for building started as soon as he could express his own Christmas list, which was always composed of nails, screws, wood & power tools. Ashley’s parents made him settle for a radio flyer, which he remodeled, attached a tool box & painted blue at five years-old leading to the birth of Belvin Built’s first establishment. It might have been mobile but it became the foundation of epic forts, development of customer relations & an ever-growing business to hone Ashley’s unmatched talent & passion for building. To grow his business Ashley moved to the Outer Banks fresh out of high school from Gloucester, VA to frame homes in a booming new construction industry for the rental home market in the 1990s. Moves from Gloucester, Outer Banks, Texas, Durham & back to the Outer Banks freelancing with different construction & restoration companies led to the expansion of his knowledge and to pursue certification with IIRC & MACROS as a water and mold remediation specialist in 2009. Ashley’s building resume is quite expansive & impressive. Also, like any good professional, he learned from the ground up every aspect of the business. Ashley continues to educate himself in the Construction World from products to process & customer relations. There is also one thing you can always count on when it comes to Ashley’s building & customer relations… THEY ARE BUILT TO LAST!

Lauren’s path was quite different but also began in childhood with two inspirational women whom she was surrounded with and their passion for interior design. Her moves from Baltimore, San Francisco, Boston, Virginia & the Outer Banks of North Carolina x2 along with fortunate chances to extensively travel the world formed her career. Her plain love to wander always kept her eyes wide open to the colors, designs & space intriguing & sparking her creativity. Lauren’s love of mastering space-given design would become her signature way of incorporating timeless beauty & practicality.

Unlike Ashley, Lauren took the usual route of not listening to her heart, but her head and obtained a B.B.A. & a B.EC.. While climbing the corporate ladder until fate led her to a job in Boston with a commercial contracting family owned and operated corporation. She became the company’s executive administrator and accounting assistant along with the marketing director of the Oldest Tavern in America which they owned as well. This reignited a fire to go back to school at NYIAD to follow her heart and become a professional designer. In 2014, Lauren was off and running & quickly rose through the ranks of the highly-sought design professional in the construction field.

ASHLEY & LAUREN WOULD LOVE TO HEAR YOUR STORY & HOW THEIR SERVICES CAN TAKE YOUR HOME OR COMMERCIAL SPACE TO THE NEXT LEVEL… WHETHER IT BE FROM THE GROUND UP, OUTDOOR SPACE, FRESHEN UP, NEW CABINETS OR EXCAVATION SERVICES, WE’VE GOT YOU COVERED JUST LIKE FAMILY! DON’T HESITATE, contact us today!